Steve Elson is on the short list of New York City's sought after music heavyweights. He is a passionate performer, a versatile woodwind player and a completely original composer.

Peter Watrous of the New York Times wrote: "Mr. Elson brought a real passion for melody to his pieces. Where a lesser composer might have used a style in quotes, Mr. Elson used the styles from the outside, knowing well their implications. And he used them from within as well, manipulating the melodies and the harmonies to elicit all sorts of emotionally sophisticated work".

Elson knew by the time he was sixteen that he wanted to be on the road with his saxophone, making and playing music. He passed up college and headed straight for the University of R and B, touring with the legendary Johnny Otis Revue featuring Eddie "Cleanhead" Vinson and Shuggie Otis:

"Elson was remarkable, doing a solo in every song that was fresh vibrant and rocking. One had to say he was the backbone of the show; a true delight" (Living Blues review of the Johnny Otis Show at the El Mocambo, Toronto)

…Rhythm and Blues broadened into Jazz, Rock, Latin, Pop, Klezmer, and the inventiveness of the downtown NYC scene. He began his career on the road and hasn't stopped traveling the world, absorbing it's sounds, since. 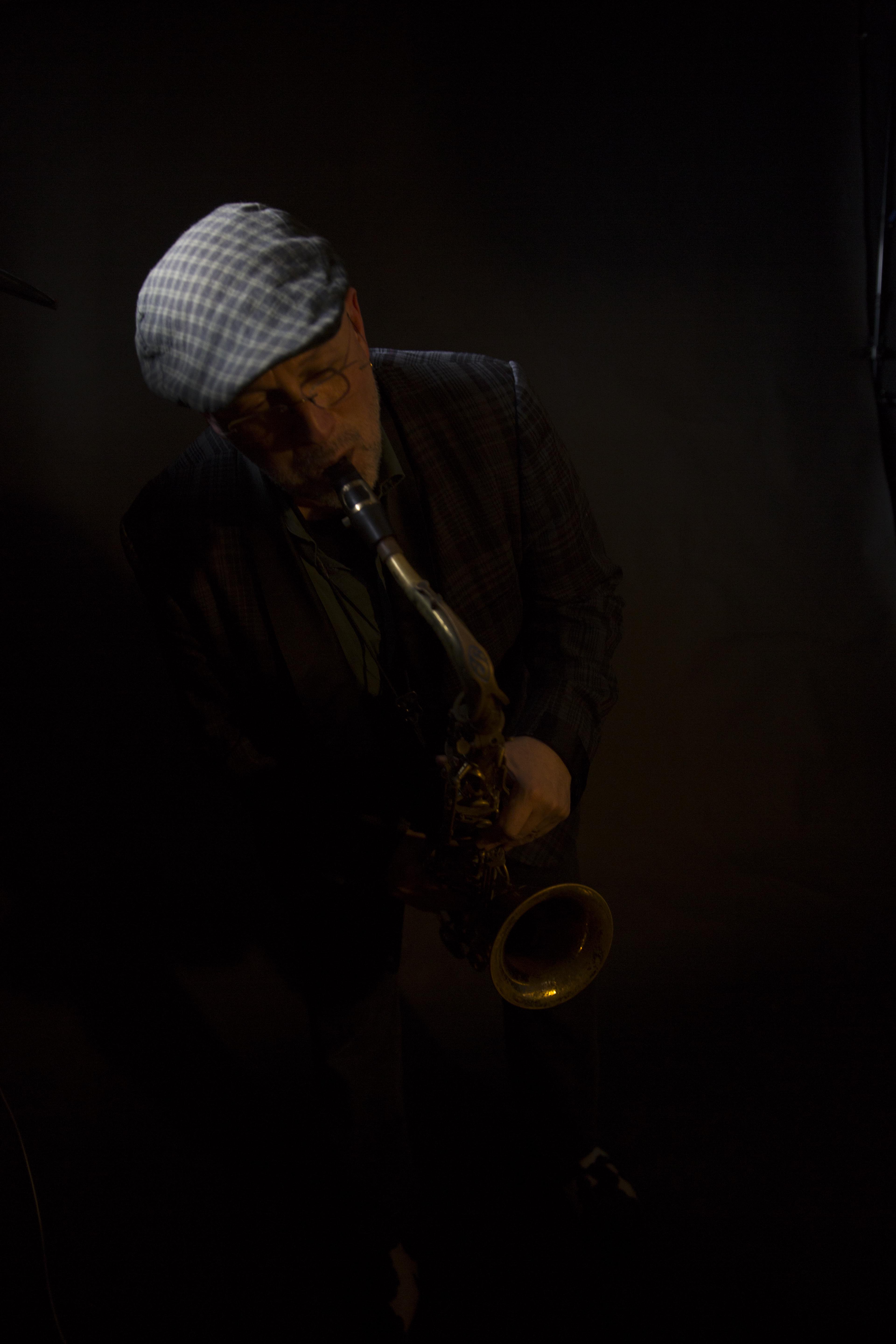 The breadth and intensity of this working musician gives authority to his work as a composer. This is someone who knows what it means to play and write with rigor and make it swing. He delves deep into different traditions with commitment and respect until there is an honest understanding. His hard-wired musicality absorbing lessons, melding knowledge. The result is a richly woven cloth of diverse experience laid down and entwined with the solid foundation of a unique musical mind.

He is often drawn into a musical language by picking up the instrument essential to it and playing it until he "gets it". He harvests sounds; doing justice to his sources, welcoming complexity - writing tunes that resonate with his own authentic voice.

David Yearsley in Counterpunch writes: "This is music you want to listen to again because it delivers on all its promises, because Elson's is a warm and welcoming originality, and because there are more than few hidden shoals."

As a master of woodwinds and a relentless explorer of sound his search for good music and even better musicians has led him to be a key player with some of the most accomplished musicians and singers of our time:

He has played blues with Johnny Otis, Warren Haynes (Gov't Mule), Stevie Ray Vaughn and Johnnie Johnson.
Gospel music with Fontella Bass.
Pop with David Bowie, Duran Duran, Joe Jackson.
Creative Rock with Radiohead, Peter Gabriel and David Byrne.
Klezmer with Giora Feidman and the Klezmatics,
R and B with Sam and Dave, the Temptations, the Four Tops.
Latin music with Tito Puente and Raphael Cortijio.
He's played in the big bands of Gerry Mulligan, Sam Rivers, and the Mingus Dynasty.
Worked with voices like Diana Ross, Natalie Merchant, Eddie Kendricks and David Ruffin, and Darlene Love.
Played with virtuosos like Guy Klucevsek and Garth Hudson.
He played with innovative performers such as Joey Arias, Klaus Nomi, Strange Party.
Elson was a co-founder of the popular proto-funk Slickaphonics (Ray Anderson) and the Borneo Horns (Lenny Pickett).

Whether composing on the soundtrack for Jonathan Demme's documentary Right of Return, playing with Radiohead on the Colbert Report or arranging for and playing alongside David Bowie, the musicianship is clear, compelling and soulful.