Steve Elson’s long association with David Bowie began when producer Nile Rodgers asked him to play on the recording session that would become his biggest selling record, “Let’s Dance”. His iconic baritone sax solos on Modern Love and Let’s Dance have become rights of passage. Elson's baritone sax soloing was featured on Bowie's album, The Next Day recorded a couple of years before his passing. Below is a photo that producer Tony Visconti took of David and Steve at the Magic Shop in Soho, where they were recording. 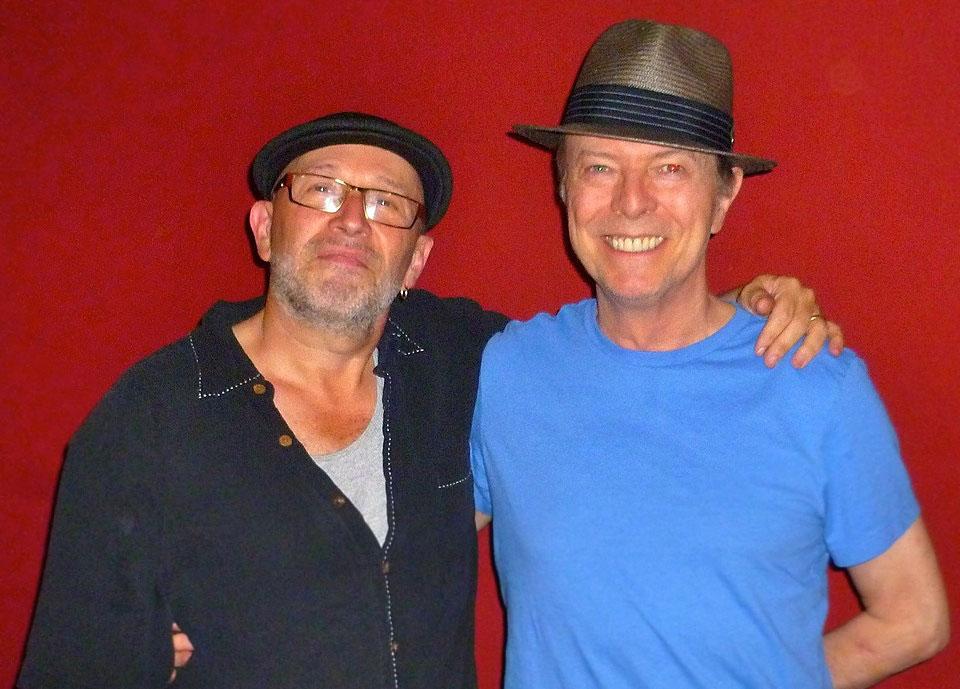 Read an article about the Next Day recording session by K Webster / CounterPunch, 24th-26th May 2013 "Swerve, David Bowie and Musicianship".

Not long after he was asked to join the Serious Moonlight World tour. He has played and arranged horns for many of Bowie’s subsequent recording over the years. Most recently Elson was the featured soloist on “The Next Day”.

Pitchfork on Bowie’s The Next Day

Bowie's best work; it's no coincidence that two of the album's best moments, on the skulking "Dirty Boys" and the taut "Boss of Me", feature glorious sax solos from longtime collaborator Steve Elson.